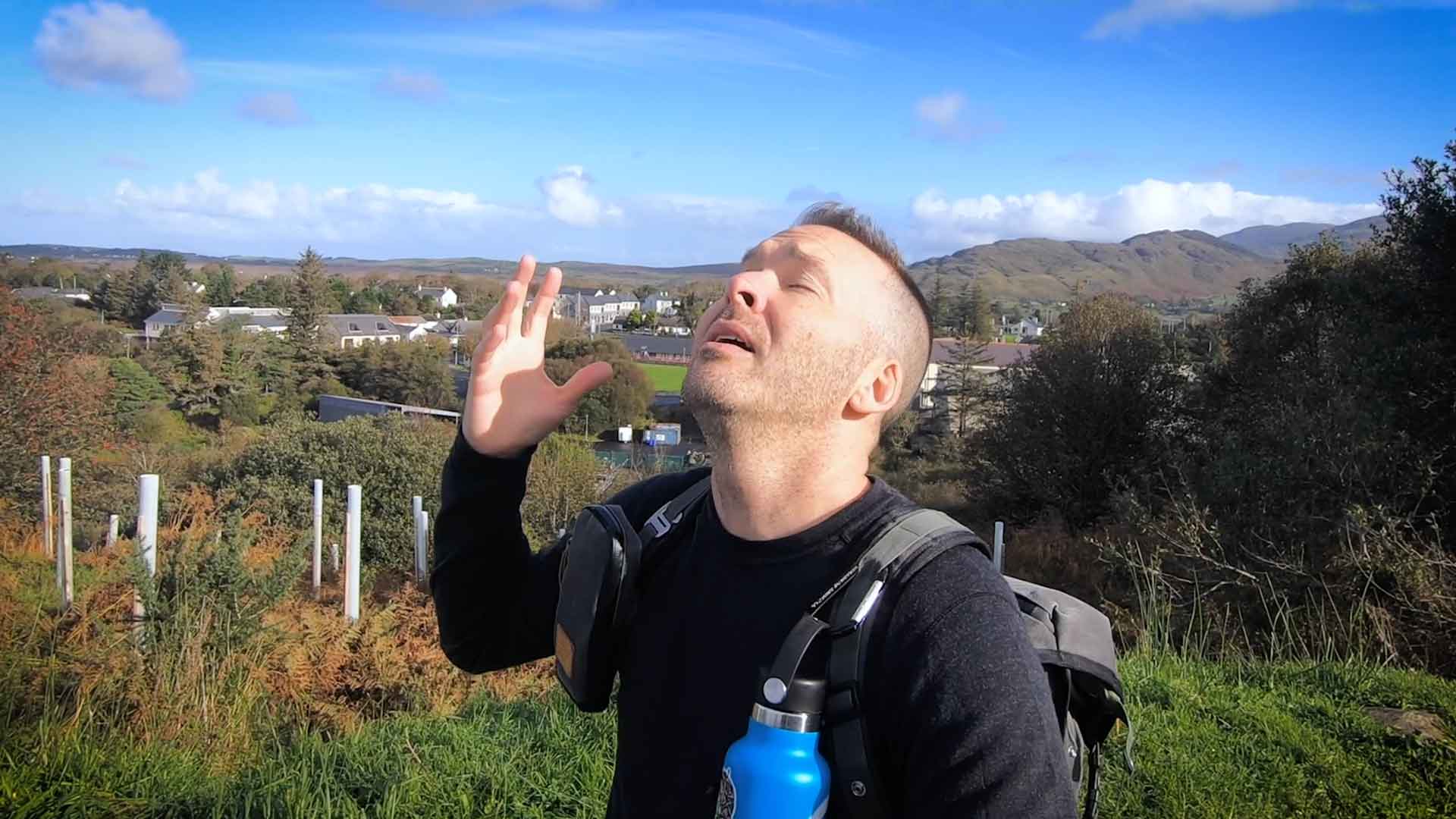 Especially As A Beginner Traveler, Listening To Your Intuition And Going With Your Gut Can Be Tough

While I’m a huge proponent of a “just say yes” mentality, there are limits…and sometimes you have to just go with your gut! I want to play the devil’s advocate and discuss an equally important top travel tip about when listening to your intuition is paramount. For me, I call it my “introvert intuition” as I tend to get even more introspective during these decisions…which isn’t necessarily a good thing! (If you’re a regular, you’re all like “wait…he can get more introspective!?)

The hard part is discerning the conversations between your gut, your brain, and any sneaky pressure that might be influencing you from the outside world.

Even when listening to your intuition seems to be the obvious course of action, other pressures can sway us. Just the idea of “well, I don’t want to be seen as a quitter” or “how will I explain this to people if I’m wrong” can be pressure enough for you to not go with your gut. Then we either follow the crowd or make a judgment call we might end up wanting to have done differently.

Let me give you just two great examples from my travels where I’m really glad I listened to my gut. They’re also examples of where I struggled during my rationalizations. My introvert intuition was totally right, but as a beginner traveler…and beginner nomad…I really struggled.

These go with your gut moments were from literally the first six months after I sold everything and went nomad. I was very much a beginner traveler. And I say that while feeling that I’ll still be a beginner traveler for a very long time!

The Paris, France Transit Strike Of 2019

I was finishing two months of fast travel through Europe leading into December. One of my most ambitious travels up to that point, I had spent two weeks each in Ireland and Hungary and about 3-6 days each in Slovakia, Austria, Prague, and Munich before I got to Paris. Honestly, by the time I got to Munich, let alone Paris, my brain and my body were exhausted from taking in so much new stuff combined with the speed of travel over the entire trip.

The weeks before I arrived in Paris, I was keeping a close eye on the news since there was escalating talk of a complete transportation strike. These strikes happen in Paris a lot, but typically only one type of transportation is affected at a time.

To get to Charles de Gaulle International Airport (CDG) from most places in Paris requires a minimum of a connecting train, a ride on a packed double-decker train, and a possible train switch depending on which way the wind is blowing. An absolute bare minimum of an hour if things are going extremely smoothly.

Since I arrived in Paris via train from Munich, I didn’t even have firsthand experience of the commute or the airport—France’s largest international airport and the second busiest airport in Europe. It seems I had very valid arguments for getting my ass out of Dodge…um…Paris before the 5th.

READ NEXT: The Prettiest F*cking Sintra, Portugal Travel Guide You’ve Ever Seen
I Froze My Insulin Flexpens On The Way To Europe—Tips For Traveling With Insulin Internationally

This is just the short list of great reasons I should have had no problem listening to my introvert intuition. I could probably list a dozen more!

Even with this list of very valid reasons, which now seems like more than enough to decide to get a flight out early, I struggled to do so. My introvert intuition was spot on, but the other voices were undermining my actual ability to go with my gut.

Again, this is just the short list of what ended up being pretty silly reasons to not go with my gut!

In the end, I decided to pay the fee, which ended up being $125USD, and get a flight out on the 3rd.

Because I wasn’t the only one that listened to their gut, my commute to the airport on the 3rd took nearly two hours. Luckily I was smart enough to anticipate this and factor even more time into my plans. (Remember, time is one of your best friends!)

And since I’m fully nomadic, I’m fairly confident I can make it back to Paris for a longer, slower trip…and hopefully with no strike next time! Well…there are tons of strikes in Paris, so that’s unlikely. But at least maybe the ones I’ll experience won’t be as drastic as this one was!

The Covid-19 Pandemic And Leaving Mexico Early in 2020

Barely six months after I had finally sold my house, I was hunkered down in Querétaro, Mexico for a couple of months soaking up my new, bonafide “digital nomad” life. I was working, writing, and editing video 40+ hours a week while staying in an amazing $12/night Airbnb near the centro (center) of the city. I was experiencing a life I had only dreamt about for oh, say 15 years, all on less than $30 a day!

My flight back to the states was scheduled for March 21st and things were escalating. I had conversations with a lot of people. But given that nobody alive had seen anything like Covid-19, those conversations were merely opinions and conjecture. There were a lot of things impacting my decision-making.

While I was still battling my introvert intuition to go with my gut, between March 12-13 the President announced travel restrictions with Europe and that more restrictions were to come. I knew that Mexico restrictions weren’t far behind. I finally decided to call the airline and get an earlier flight. They waived all change fees, and I was on a flight home the next day.

The only bummer was that airports in the U.S. hadn’t yet put into place protocols to deal with the influx of U.S. citizens rushing back to get inside the borders from all across the world. I ended up corralled for hours in extremely close quarters with literally thousands of others traveling through Dallas/Fort Worth Airport (DFW).

I was overthinking what should have been very simple and valid decisions for me to go with my gut. Remember those blips on the timeline? I was hemming and hawing over extremely tiny pieces of my life—usually only a few days—for what could have ended up being huge inconveniences had I chosen to ignore my introvert intuition!

If things turn out opposite and there’s a feeling of regret later, just remind yourself that you did the best you could with the information you had at hand.

In the end, the only justification you need after you make a decision to go with your gut, or your intuition, or whatever you call it…is your own. There will always be voices in your head and chatter from the outside. “What-if’s” that you’ll have to live with, regardless of whether you’re a beginner traveler or a little more seasoned. The key is just to make your decision, then make another decision not to second guess it.

Have a time when you chose to go with your gut and it turned out to be a great decision? What about the opposite? Please let me…and others…know in the comments! Cheers! 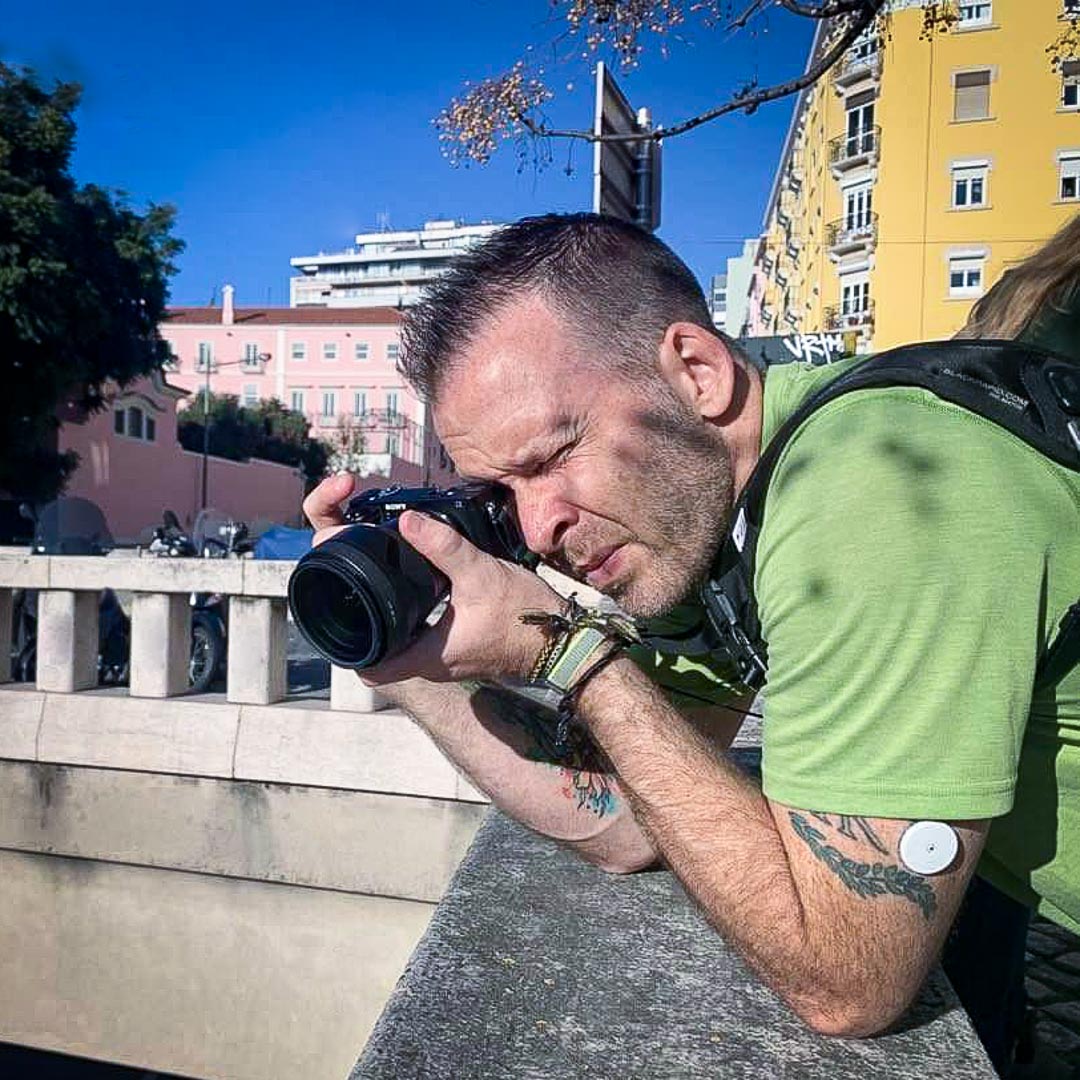 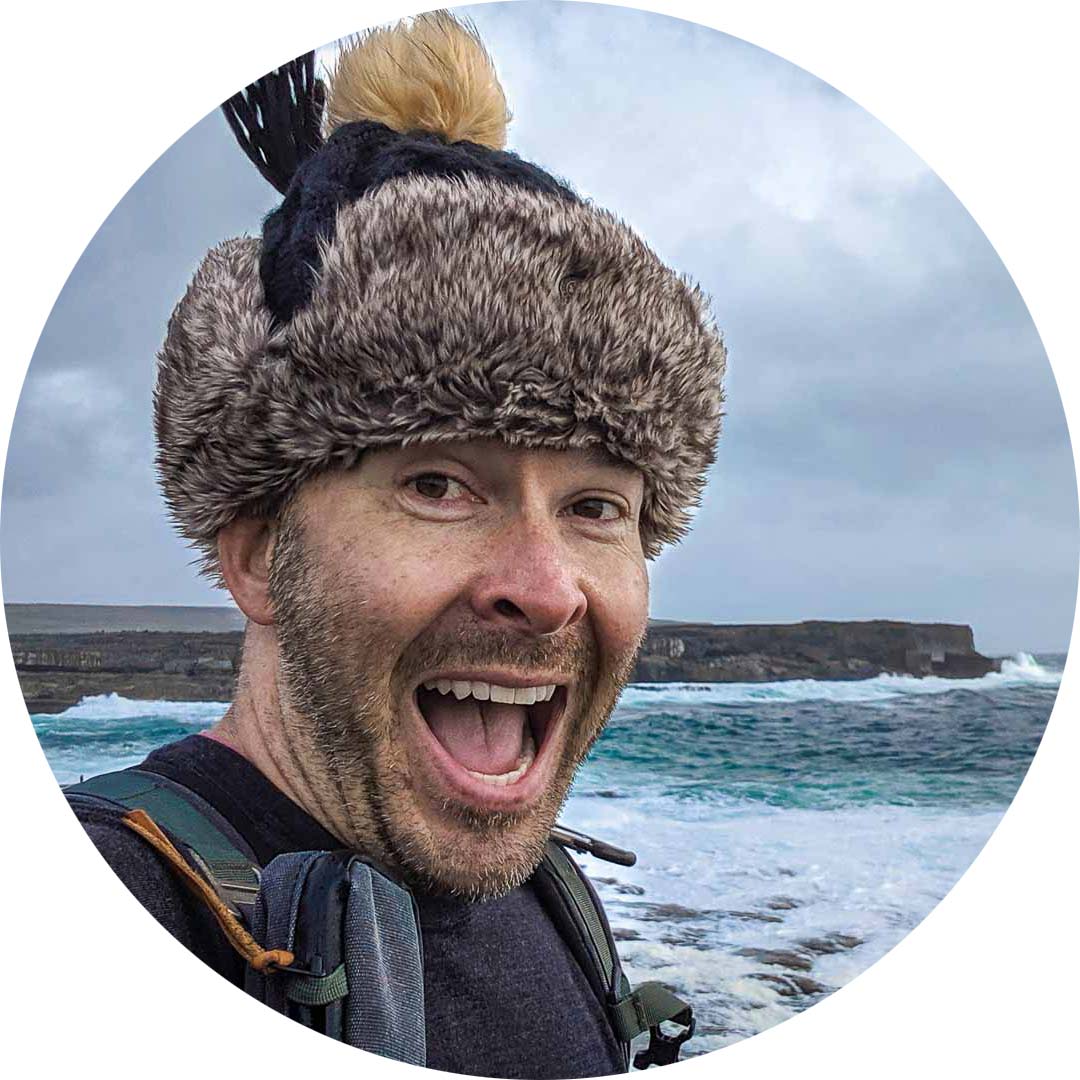 Been wondering how the hell all those digital nomads, location independent travelers, and remote workers, travel “full-time?” Maybe you’ve thought about living that life one day, but you’re really not sure where to start.

Beyond giving you the stepping stones to dive into short-term domestic and international travel, this book will show you how long-term travelers extend those tools, maximize their budgets, and turn weeks into months…or even years…of traveling the world indefinitely.

Far from the stuffy “self help” books of years ago…

this is an honest, no-nonsense guide to quitting what isn’t working for you and building a life full of travel, fun and whatever else you want.
Luke
— Author & Podcast Host

Through it all, Jason is a great teacher and inspiration, because he’s done it…

and he was just as hesitant and uncertain as many of his readers may be. Jason doesn’t hesitate to give you a kick in the pants if you need it, to face your fears and reconsider what you would call a risk.
Ted
— Podcast Producer

for anybody who wants to travel…or wants to travel more. Because of its beautiful design, this also makes an awesome gift for any traveler or want-to-be traveler in your life.
Lily
— Author

Jason’s brave, honest and upfront writing style is as unique as it is captivating…

and his stories throughout are incredibly inspiring. It’s the kind of book you can read once, then go back to reread all the good bits over and over again.
Fionna
— Reader 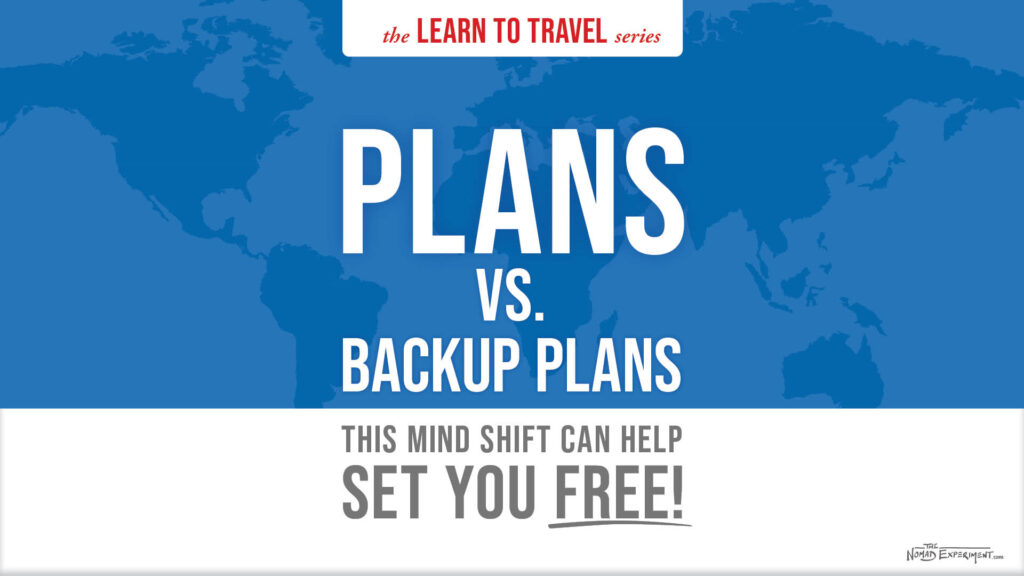 Have you ever thought about making your backup plan your main plan? This mind shift could change your life! Stick with me here… 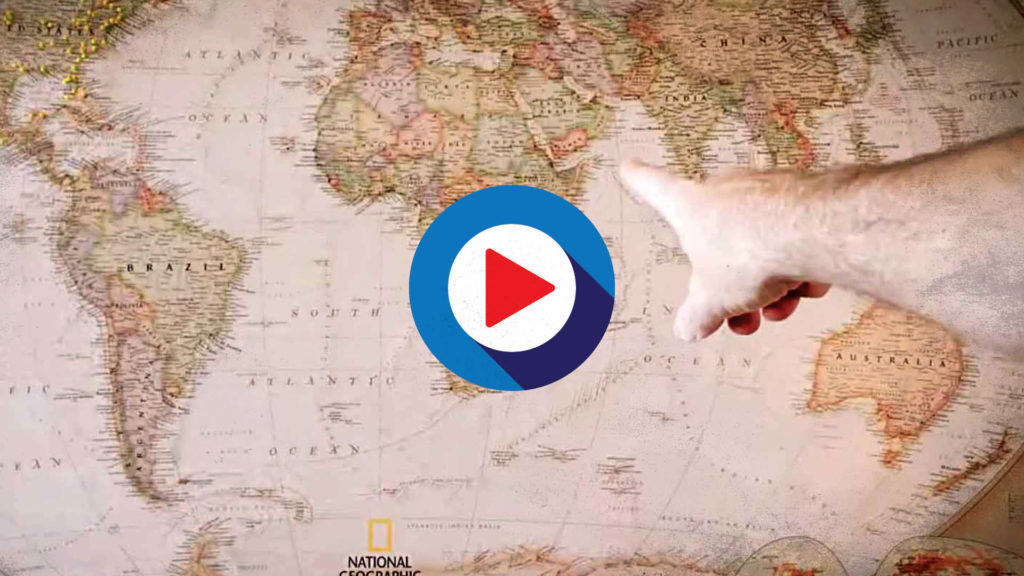 Nuggets include: “I’ll take the dum-dum card,” “back when I was a kid,” and mentions of an old school Chevrolet Station Wagon. Sorry, no woody sidewalls. 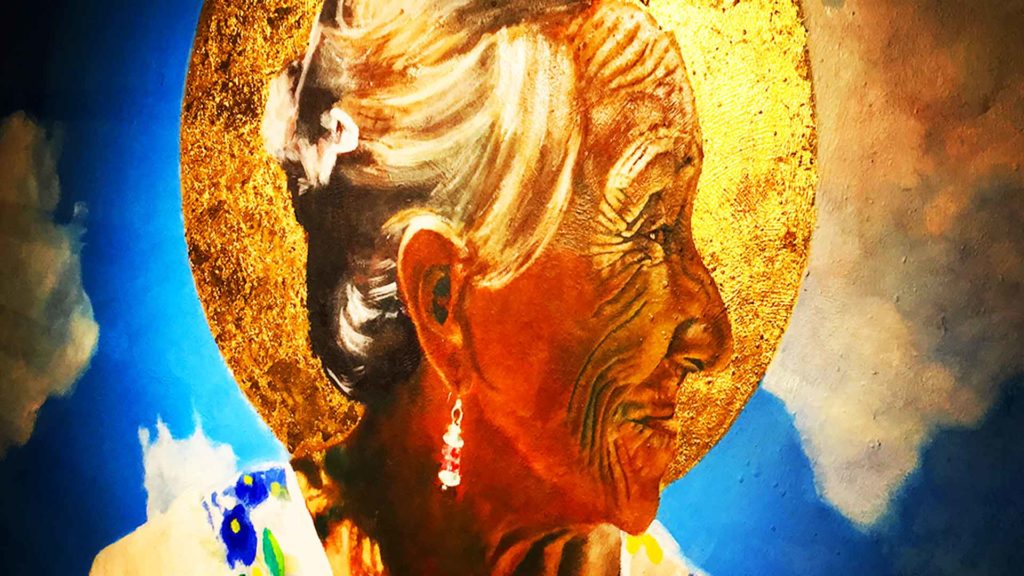 I loved Merida and the Yucatan Peninsula, but it kind of kicked my ass this time. Sometimes we have to make hard choices, or admit defeat, to save our sanity! 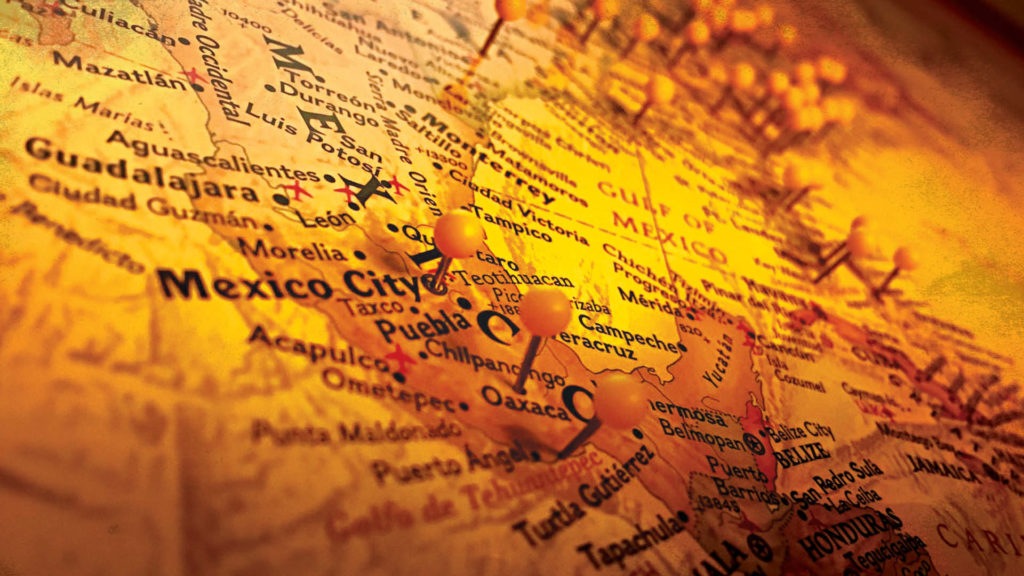 Today’s travel experiment started with a 1-way flight to Mexico City and included overland travel by bus to Oaxaca. Getting around Mexico is kinda crazy…

So when Couchsurfing started implementing paid verification ($20/year) as well as a “limited introductions”, there was a bit of grumbling from some of their longtime community members… 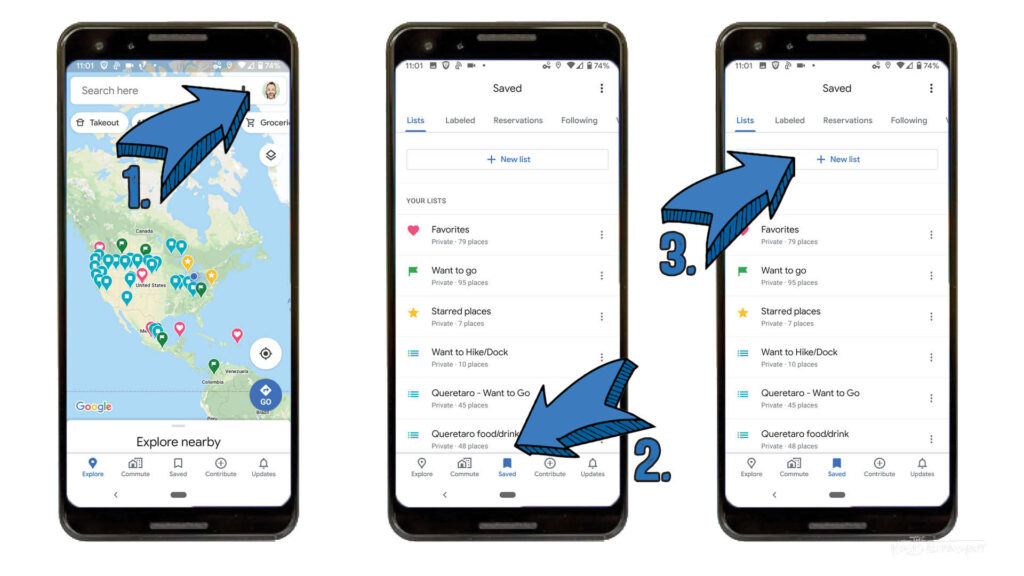 Setting up Google Maps custom saved lists on your phone or in app is a little different than in a browser window. Here’s a quick set up how-to with some tips!